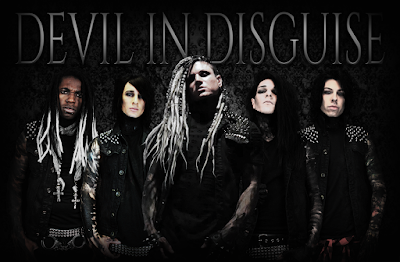 We live in a time where internet trolls are pushing hit pieces as news with blatant disregard to the facts. When those actions are at the expense of someone's character and career, ruining that person's livelihood, it is highly unethical and downright disgraceful. A prime example of this is the attack on famous rock front man Cody Laveau at the hands of blogger Carlos "Pace" Vernon Latin.

At first glance, the article by Carlos reads like satire, or the words of a writer with a man-crush on Laveau. However, being a Las Vegas native and a social justice advocate, I decided to dig into this story, with the intent to expose any injustices perpetrated by Laveau. I wanted to learn the truth. Let's examine both sides through a non-biased eye.

Cody Laveau is known for his humanitarian efforts. Having worked with many 501c3 companies (non-profits) for over a decade, his heart seems to be inclusive to everyone. I spoke with many of Laveau's colleagues, who confirmed this, saying "While he is modest about it, Cody has a big heart and works diligently to help everyone he can." Personally, I was shocked. It's no secret that Laveau is one of the scariest looking artists since Marilyn Manson. To discover he is a kind-hearted humanitarian is truly inspiring.

In my quest for the truth, I then delved into Carlos's claims that Laveau is a racist neo-Nazi. My efforts were in vein. I could find no legitimate support to these accusations, only a handful of Facebook comments, a few photo-shopped memes, and a small-time blog that helped spread the story. In addition, Laveau is part Native American and fronts a racially diverse band. Neo-Nazi? Racist? There is absolutely no evidence for these charges.

(Living in the digital era, pictures can easily be manipulated.
Screen shots are especially easy to fabricate.
This is the best they have on Laveau? If Laveau was a nazi im sure there would be much more condemning evidence. I’m calling BS on this one!)

From what I could learn, these rumors began at the hands of a disgruntled former bassist, Alecs Viabrooks, whom Laveau had to fire for his excessive drinking. Former guitarist Michael Gironda was in a band (Desire the Fire) and living with Laveau for over two years before suddenly jumping on the bandwagon, claiming Laveau was a Nazi. Oddly enough, Gironda didn't immediately abandon his role in the band, remaining with Desire the Fire until they began receiving threats over this fake news story. Common sense would tell us that Gironda was not outraged, so either he sympathizes with Nazis, is a coward, or is a liar and a culprit in this obvious attempt to assassinate Laveau's character.

Carlos's article also says that Laveau was arrested for sexual assault and violence. This is easily debunked: Laveau's public record shows he has only been arrested for minor in possession of alcohol when he was only twenty years old.

With all the lies surrounding the story put out by Carlos, we have to ask ourselves: who would push this as news, and why?

Let's examine the character, reputation, and public record of fake news pedaling charlatan Carlos "Pace" Vernon Latin. A quick Google search brings up many negative articles on this man, and if one searches a little deeper, findings include his crimes -- ranging from multiple accounts of fraud and slander to child molestation.

The bottom line? You can't be a humanitarian Native American with a racially diverse band and be an evil Nazi. Using just a bit of common sense proves this is a clear-cut case of defamation of character. The only injustice here is from the hypersensitive, over-sensationalized media and, of course, blogger Carlos "Pace" Vernon Latin.

I would encourage everyone to write Carlos at his home. We as a people have the responsibility to demand better journalism before false narratives destroy the lives of even more good people.